Why is internet car driving the structural change of the auto industry?


At the beginning of 2016, PricewaterhouseCoopers put forward in its annual survey and research on â€œIntelligent Connected Carsâ€ technology that both high-end automakers and economic automakers clearly see that intelligent networked auto technologies are their future Development is very important. The growth rate of auto vehicle prices cannot keep up with the expenditure for digital functions, which means that the return on investment of traditional auto parts is decreasing.

It is in this environment that the transformation of the automobile industry begins quietly. In the future, Internet cars may change the ecosystem of the entire automotive industry. Just as in the past, mobile phones have gradually transitioned from pure hardware in the past to vertical integration in software and hardware, and the most complicated industry in the automotive industry has also been penetrated and connected by the Internet.

Barbarians have broken into the automotive industry and past industrial machinery is being smashed. With the words of Zhang Yong, vice president of Beiqi New Energy, in the words of the 2016 Future Automobile Developers Conference, we would like to be respectful of building a vehicle. We must also respect the future social capital and barbarians.

Barbarians at the smash traditional values module <br> <br> if the mobile phone industry, then surgery to evaluate the current auto industry, this is a "functional car" era. As we have already had an Android and an Apple today, the car features are still in the Nokia button stage. Dazzling buttons and a variety of inexplicable positions not to mention the first time will be spent pondering for a long time, that is, later to drive often press the wrong button.

If you pay more money to the high-end distribution, the car will end up adding a multi-function screen, but it should be noted that most of the car's multi-function screen itself is not connected to the Internet, and even the navigation map is built from the very beginning. The data of the navigation map cannot be updated in real time. It also requires a periodical upgrade to offline stores.

The car wants to become truly intelligent and evolves to the point where the "first generation of iPhones" has evolved, mainly to accomplish two tasks. The first is to connect the car to the Internet. The second is that the services that were available in the 4S store can be solved online. So today many Internet companies are trying to add this screen to the car. So Google's Android Auto and Apple's CarPlay have all made car screens. However, it is a pity that this method is essentially a tablet computer in the car, but also connected to the phone, very tasteless. 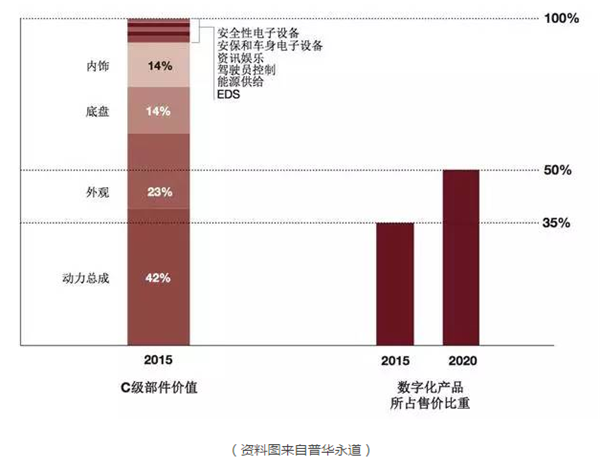 With the advent of Internet cars, most cars will be equipped with sensors and connected to high-speed wireless networks to install the car's operating system. They transmit a large amount of important data while promoting the development of a series of digital services, such as Ali and SAIC Motor's YunOSAuto, Roewe RX 53 months orders 100,000, more than 70% of the Internet version. Over time, cars equipped with these services will redefine the value proposition of cars. YunOSAuto became the World Club title sponsor, which means that YunOSAuto and YunOSAuto-equipped Internet cars will be on the international stage.

The PricewaterhouseCoopers report shows that from Germany alone, it is expected that by 2020, the German automotive industry will spend as much as 11 billion euros each year on digital and internet of things. In fact, at the time of 2015, the German automotive industry spent more than 40% of its planned budget on research and development. The reason why such large expenditures occur is mainly due to the pressure of innovation in traditional fields and digital areas.

With the continuous innovation of digital content in the automotive industry in recent years, the rate of return on R&D investment for non-digital components will shrink, and the return on investment for traditional functional innovations such as chassis and engines will also shrink. In other words, barbarians represented by Internet companies and technology companies are smashing traditional value modules.

The automobile industry is heading toward digitalization

With the continuous advancement of digital content, the overall structure of the automotive industry will also change. This change has not happened in the past.

In the past half century or so, the automobile industry model has experienced an evolution from a large and time-scale to a division of labor. Before the 1990s, automakers produced their own parts and assembled their own cars. Since then, the division of labor and economies of scale have become the main driving force. In the era of automotive electronics, Bosch and other first-tier suppliers have been able to gradually change the game between automotive OEMs and suppliers by providing a large number of electronic components.

As we can see from this chart, it is actually very difficult for vehicle manufacturers to control the entire industry as they have in the past, and OEMs have already ranked downstream of the industry. At this time, the value of automotive OEMs has been waning, and the value of suppliers is gradually being reflected. 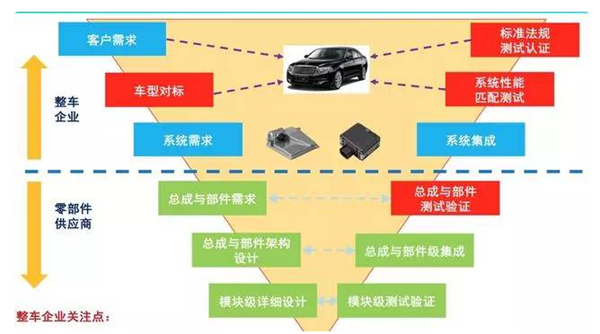 In fact, in today's auto industry, suppliers are still at the top of the entire industry. Tier 1 suppliers design and supply components based on the requirements and instructions of the vehicle manufacturer. Afterwards, the automaker then sent the vehicle to the dealership through assembly and transportation. Finally, the vehicle entered the sales market through the dealer.

However, this system was also destroyed and structurally destroyed by barbarians represented by the Internet. Because this is a controlled, closed ecosystem based on specific products and retail thinking models. This model may be difficult to sustain after the Internet has been involved.

Senior McKinsey senior director Gao Xu has warned that 90% of the company's management and R&D models of vehicle companies are still using mechanical products, which is far from adapting to the revolution brought about by automotive electronics. In addition to the automotive intelligence, the car management model also faces new challenges. Nowadays, the convergence between cars and cars is increasing. The gap between different car hardware levels has been shrinking in the past few decades.

The PricewaterhouseCoopers report shows that the automobile industry will be a new ecosystem with more openness, more levels, and more emphasis on digital services rather than specific products. The value of automotive hardware will continue to be diluted because cars are no longer simply simple vehicles in the past, but they are made up of a series of value systems such as high-tech parts, digital content, car operating systems, and even artificial intelligence vision systems. And the value of systems and software and digital content will grow.

In this environment, the value of the auto industry will be reconstructed. In the past, the system of first-tier suppliers, vehicle manufacturers, sales companies, and exclusive distributors will be broken down and gradually replaced by the new structure of technology platform providers, auto manufacturers, service providers, and digital content providers. 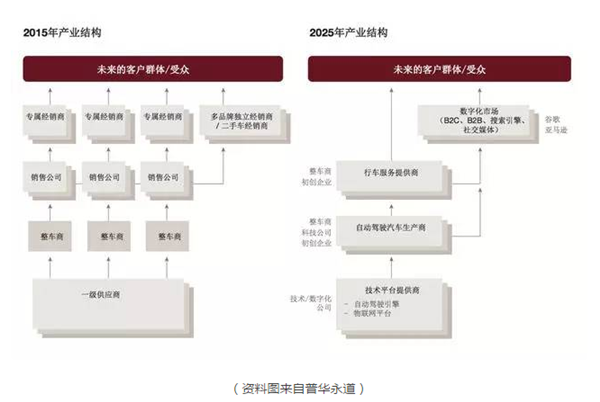 Even more vigilant is that often technology platform providers and digital content providers tend to be alone. For example, Ali's YunOSAuto integrates Ali Big Entertainment. In the past, Apple wanted to build a car and put all its content services in it. This value structure can easily lead to car manufacturers eventually becoming channels.

Full value of the automobile industry chain reconstruction <br> <br> trough to peak Chief Financial Officer of SAIC in the past had said in an interview before the automobile manufacturers are closed-loop operation, not only to control the manufacturing sector, but also to control Downstream links, which were tried and tested 30 years ago. However, today's Internet economy has subverted the thinking of traditional car companies from another perspective. The biggest destruction is cross-border. In the era of Internet data, SAIC is not willing to make only OEM factories.

For SAIC, the solution is to use manufacturing advantages to transform traditional deficiencies into advantages in the Internet era. This is also the so-called "build up the platform, try to deepen the platform to provide services," so you can also think of the cooperation between Roewe and Ali as a platform provided by SAIC and services provided by YunOSAuto.

This cross-brand service platform and cooperation are actually increasing. It is not only Roewe's series of Internet vehicles co-operated by Ali and SAIC, Baidu, Intel and BMW's unmanned vehicles, but also the cooperation between such Internet companies, technology companies and traditional car manufacturers.

GMâ€™s former vice chairman, Bob Luz, once ridiculed with contemptuous words, â€œI think that some people, like many Silicon Valley technicians, feel that they are smarter than the auto industry and they will do better. may."

This reminds me of the BlackBerry's words as co-CEO and co-founder Jim Balsillie in February 2007: (Apple and iPhone) is a bit like a newcomer trying to join an already crowded room and spending money here. There have been many, many choices... But if it is said that this will have a tsunami-like effect on the BlackBerry, I would feel a little exaggerated.

The automotive industry chain is in fact reconstructing value. The barbarians were invading and the barbarians were still making victories. A series of technology companies such as Apple, Google, Ali, Baidu, and Tesla, despite their ignorance of the 107-year-old automotive industry, are still devoting themselves to the future of automotive research. This invasion is bound to make the future of the auto industry doomed to be completely different from the present.

The highly accurate truck dynamic Wheel Balancer ensures an accurate result. So you can give your clients vibration-free wheel balance every time. We keep your business "rolling".