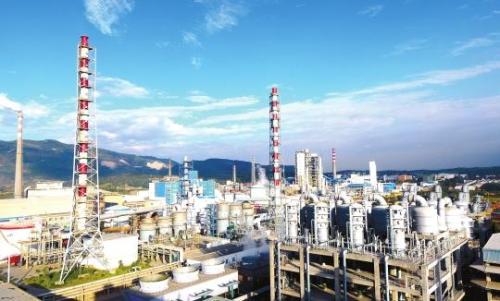 It is understood that by 2014, under the expected â€œstable growthâ€ of the industrial economy, Chinaâ€™s industrial energy-saving emission reduction will face tremendous pressure. First, the IMF expects that the global economic growth in 2014 will be 3.6%, which will be slightly higher than this year's growth level. The overall situation will tend to be stable. The Chinese economy will maintain a growth rate of more than 7%, and industry as the mainstay of the national economy will also maintain Faster growth rate. Secondly, from the point of view of the change in the elasticity coefficient of industrial electricity consumption, from January to October 2013, it gradually increased, and the decline in the energy consumption per unit of industrial added value gradually narrowed, indicating that the capacity and space for energy saving and emission reduction are declining. In the first quarter, energy consumption per unit of industrial added value fell by 7%. In the second quarter, it was 6%. In the third quarter, it further narrowed to about 5%. With the stabilization and recovery of the industrial economy, it is very difficult to achieve the goal of reducing 5% this year. The pressure of pressure is inevitably transmitted to 2014.

In 2014, energy-saving and environmental protection industries will accelerate development under the promotion of a series of policy measures. First of all, in order to implement the "Opinions", relevant departments are studying and formulating plans for the implementation of major technological equipment and products for industrialization of energy conservation, environmental protection, and recycling of resources, and increasing the promotion and application of energy-saving and environmentally friendly products. Secondly, with the implementation of the State Council's opinions on enhancing the energy-saving and emission-reduction of internal combustion engines, and the launch of special energy-saving and green initiatives by the Ministry of Industry and Information Technology, it will also promote the improvement of the energy efficiency of China's internal combustion engines, motors and industrial boilers. Third, in order to raise the level of emission reduction technologies in key industries, the Ministry of Environmental Protection has organized and issued pollution prevention and control policy documents for industries such as cement, steel, sulfuric acid, and volatile organic compounds.

Premier Li Keqiang said that coping with climate change and energy conservation and emission reduction complement each other and it is the common responsibility of mankind. As a responsible big country, China is willing to take the initiative and work together with other countries in the world to make greater efforts to meet the challenges of climate change on the basis of adhering to the principles of common but differentiated responsibilities, fairness, and individual abilities.


Motor Oil Distillation Recycling Machine is continuous and automatic working. the capacity can be 5-300Tpd.